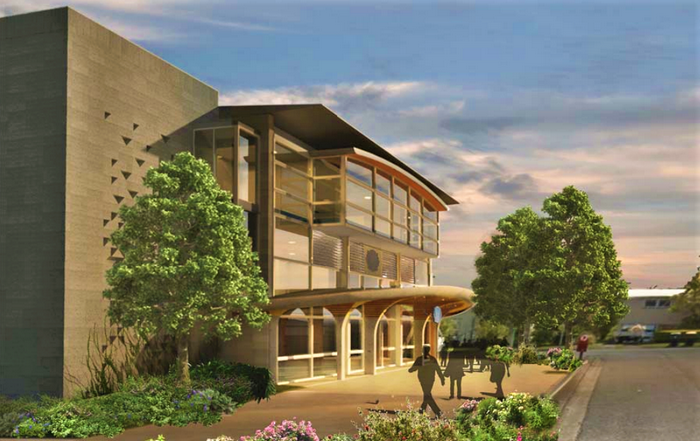 Before finally getting the green light in late October 2019, this development proposal went through pretty rough sailing, particularly strong opposition from locals residents. Since it was lodged in mid-January 2019, local residents have strongly opposed the development proposal over concerns of increased noise, congestion, rat-running, design not keeping with the neighbourhood’s character, and the size and height of the proposed building.

The original proposal sought approval to establish a 3-storey childcare and community centre with a gross floor area of 1,810 sqm and will feature classrooms that will accommodate about 84 children, support facilities, performance area, a bookshop, meeting space, external play area, as well as 34 car parking spaces including one for PWD.

In early August 2019, the applicant submitted amended plans for their proposal, reducing the building’s height by removing the mezzanine level, the high-level roof overhanging the Rosebank Square, and the curved wall form to north-east and north-west boundary corners.

Overall, the amended proposal reduced the GFA from1,810sqm to 1,065.3sqm; site cover from 96 percent to 84 percent; capacity of child care centre from 84 to 70 children; and the number of educational establishment rooms from eight to four.

Responding to other key issues raised by the community such as the cultural incompatibility or the development having no benefits to the local community, the applicant said that the “proposed building offers various activities which will serve the immediate local community.”

The facilities, the developer said, such as the Bookshop with coffee station, Childcare Centre, and the Language school will be open to the public and members of the local community are also welcome to “join in any Tzu Chi Celebrations or become volunteers themselves.”

The Council reverted the assessment process from Impact Assessable to Code Assessable as a result of the amendments, which means that public notification is no longer required and residents will have no right to appeal the Council’s decision.

The changes to the proposal were not enough to allay public concerns, though. Many still believe that the alterations do not change the conditions that make it an unsuitable development in the area. The development application has had more than 200 submissions since it was lodged in January 2019.