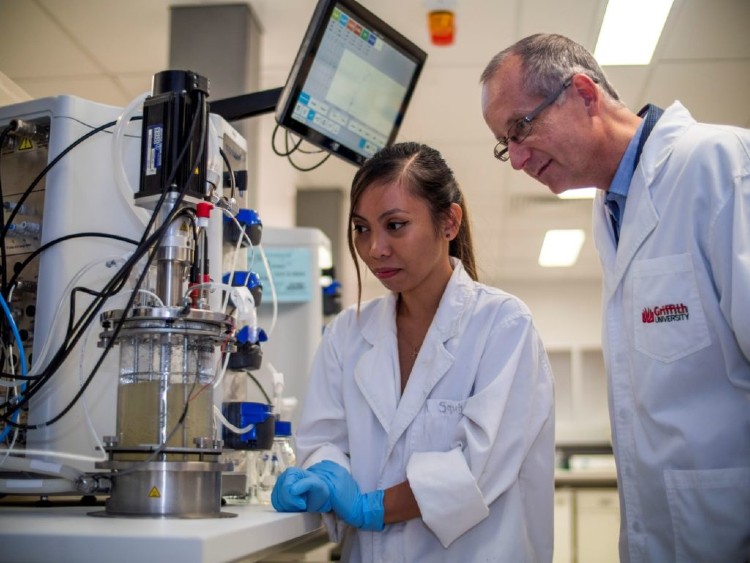 A team of researchers from Griffith University has developed a new way to detect cancer and eventually help diagnose the disease in its early stages.

Professor Bernd Rehm, Director of the Centre for Cell Factories and Biopolymers at the Griffith Institute for Drug Discovery took the lead along with Queensland Micro and Nanotechnology Centre Associate Professor Muhammad Shiddiky.

The team used a new class of superparamagnetic nanomaterials to detect ovarian cancer and other diseases in an expensive and sensitive way.

The process involves bioengineering cell factories to assemble nanobeads with magnetic properties that bind to specific target antibodies. Then the magnetised nanobeads were added to ovarian cancer cells to capture methylated DNA and exosomes (cells) to detect cancer.

“The two-step strategy uses nanobeads to magnetically isolate the cancer biomarkers, such as methylated DNA or exosomes, from blood or tissue samples collected from cancer patients,” Professor Shiddiky said.

According to Professor Rehm, the demand for point-of-care diagnostics and monitoring was rapidly increasing with the increase in the prevalence of chronic diseases, healthcare costs and unmet healthcare needs.

“Huge research efforts have been devoted towards the development of technologies that can detect cancer at early stages,’’ he said.

Professor Rehm said these nanomaterials could provide a way to overcome some of the challenges in many health systems, such as looking for a method that is cheap, rapid and accurate.

“Early diagnosis of cancer is critical for more effective treatment strongly improving prognosis of patients so it is important to develop versatile diagnostic platform technologies that are specific and sensitive to detect cancer,” Professor Rehm said.