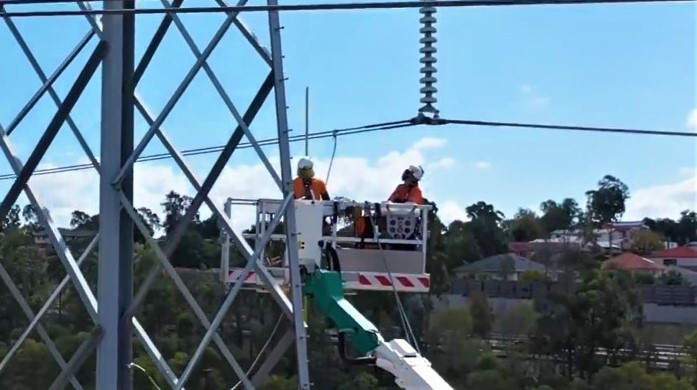 A 47-year-old transmission line underwent a much-needed makeover, with several works completed on towers located in Wishart and several other suburbs.

The $3.8-million transmission line upgrade project undertaken by Powerlink involved the replacement of 1,225 insulators and steelwork on 105 towers in Wishart, Eight Mile Plains, and Runcorn.

Member for Mansfield Corrine McMillan said that the 37-kilometre-long line plays a critical role in securing power supply for both Brisbane and Ipswich and that the project ensured the “transmission line will continue to operate safe and reliably for its remaining 40-year service life.”

She added that the project, which took about three months to complete and supported nine jobs, required “intricate traffic management planning to ensure activities were completed safely, efficiently and with minimal impacts in the surrounding area.”

Mr Lynham thanked the landholders, local communities and motorists for their patience whilst the project was underway.

More than $2.2 billion on capital works in 2019-20, supporting up to 4,900 jobs, will be invested by Queensland’s publicly-owned electricity companies including Powerlink, Ergon, Energex, CS Energy, Stanwell Corp, and CleanCo.