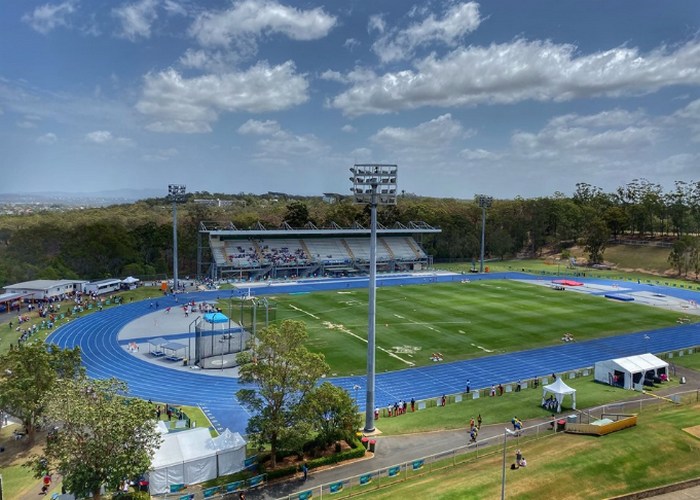 The State Government has allocated $10 million into functional spaces at the Queensland Sport and Athletic Centre in Nathan to maximise the potential of Queensland’s elite athletes.

Local Member for Toohey, Peter Russo, said the upgrades include state of the art sport science and technology spaces, as well as modern office accommodation to draw in leading sports researchers and sporting organisations from across the nation.

At present, the athletics centre houses a main athletics stadium, state athletics facility, the Queensland State Netball Centre, Indoor Sports Arena, a beach volleyball complex and the QAS Recovery Centre. With the upgrades on the way, locals can expect a new era for the facility, with new training facilities for elite athletes and the co-location of some of the state’s key sporting bodies into fit-for-purpose office space.

“The Academy is already delivering outstanding results and with this investment, its home at QSAC will commence its transition to both a training hub for elite athletes and a sports science industry hub that is the envy of the sporting world,” said Mr Russo.

Mr Russo said the $10 million investment at the QSAC would set the scene for continued success on the global sporting stage. This funding would be complemented through a leadership transition plan to ensure seamless guidance of the organisation to the 2020 Tokyo games and beyond.

Bringing organisations in one venue is expected to boost Queensland athletes’ preparations, especially now that the Tokyo 2020 and the Olympic and Paralympic Games is less than a year away,

In line with this, Minister for Sport Mick de Brenni has opened expressions of interest for the Queensland Academy of Sport Director role, which will be supported through transition by the current Director up to and through Tokyo.

Mr de Brenni said in a media statement that hundreds of athletes chosen to compete at the highest levels would be supported through the establishment of an Athlete Ambassador role, with the help of Queensland’s Academy of Sport.