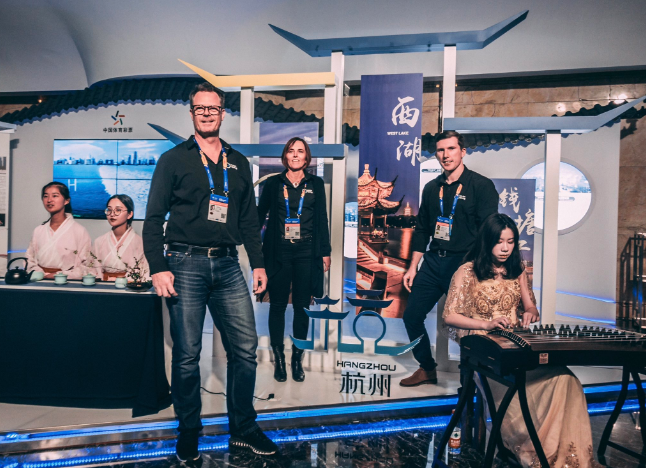 William Ferguson, a businessman from Wishart and CEO of Wylas Timing, is gaining attention from the global market with his new wireless swimming timing system.

Mr Ferguson has only been operating his business for three years but a number of Australian clients have already signed up to use his revolutionary timing and recording technology. The company is now also looking to expand overseas.

Coming from his local swim club, the Wishart Sharks, Mr Ferguson has found it humbling yet exhilarating to present the system on the world swimming stage at the FINA World Aquatics Convention in December 2018.

Developed by one of Australia’s leading android developers, Wylas Timing’s software coordinates the collection, recording and display of timing information for swimming and athletics.

The system has been developed with advanced user interface capabilities to allow for a multitude of hardware and display choices.

Because the system utilises a software-centric approach, users can access improvements and updates through regular software releases. There is no need to purchase upgraded hardware upon software advancements because the updates and releases do not come at an additional cost.