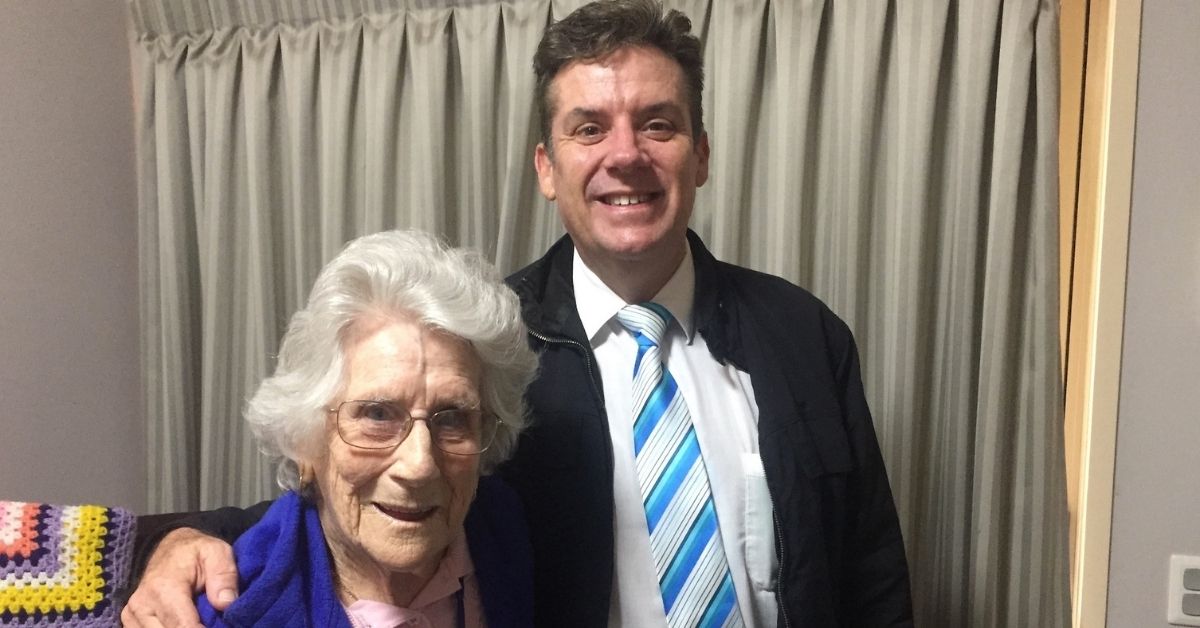 At 100 years old, one could say that Dorothy Sharrock has been living her life to the fullest, travelling across Australia and overseas, including a once-in-a-lifetime visit to Antarctica.

The newest member of the exclusive centenarian club within the Carinity Wishart Gardens celebrated her birthday on 1 July. Turning 100 years old has been another milestone in Dot’s life of adventure.

Born in Hughenden in north-west Queensland, Dot loved playing basketball and vigoro as an active child and was a member of the Salvation Army youth group in her community. Working since she was 14 years old, Dot moved to Brisbane in her young adult years and worked at the Brisbane Girls Grammar School for 25 years. Older students of the Spring Hill school will likely remember Dot as she also lived inside the campus.

When Dot retired in her mid-60s, she spent her time travelling around the country and also visited New Zealand, China and Japan. She also spent an unforgettable day flight over Antarctica.

Now a resident of the Carinity Wishart Gardens since 2014, Dot still keeps active by playing indoor bowls. She also enjoys watching games of cricket and tennis on television. During her downtimes, Dot loves sewing, crafting, reading a good book, painting her nails or lounging in the garden where she listens to the native birds sing.

Her nephew Rod Schafferius said that longevity runs in the genes as Dot’s four other sisters ar, between the ages of 88 to 97, are still alive. Rod said that her aunts embrace “a strong constitution, a healthy diet and everything in moderation.”

Dot has been the second person to celebrate her 100th birthday at the Carinity Wishart Gardens after Bessie Conomos OAM in April.